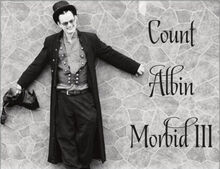 The Duchy of Dragon's Rest is comprised of the following lands: County of Shadowrose, Barony of Gryphon's Vale and the Barony of Firehill. It is currently ruled by Count Albin Morbid III. As the remaining Gentry of rank in the lands, and one of the few survivors of the Long Winter, these Duchy became the purview of the Count, who refuses to change his honorific to match his station because (quote) "DUKE Morbid sounds ridiculous and not nearly creepy enough."

During the Old Kingdom this Duchy (or at least a good portion of what it is now) fell under the rule Duchess Julianna Heartstrong & Duke Fulgrim Stormgard. Both were known for their heavy-handed approach to ruling and covetousness for ever greater power. It was rumored on more than one occasion that they had seeded plots to seize the throne for themselves. It never came to be however as the encroaching Long Winter took them both, never to reawaken with the Great Thaw. 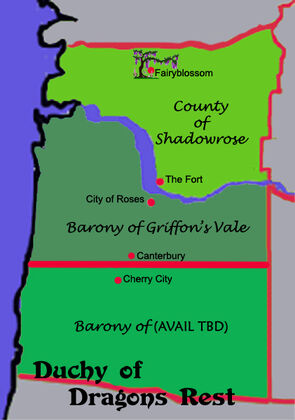