Heraldry is about identifying yourself, household, accomplishments and feats to others through the use of symbols, images and colors. Being far in advance both in martial skills, weaponry and societal structure than their human counterparts, some believe that the inspiration for mortal heraldry was borrowed from the Enchanted Realms.

Although many cultures have utilized body paint, standards and other forms of this throughout history, it began to become formalized in Western Europe in the later 1100s, when knights began to wear helmets which covered their faces, and they couldn't be recognised.

In order to identify one another, they began to paint unique combinations of colours, shapes and animals, called their 'arms', on their shields and banners. Only one person was allowed to use these arms, so when people saw a knight wearing them in a battle or tournament, they could tell who was who.

Over time, expert heralds devised a systematic language to describe Crests, Coats of Arms, and Banners, etc. It is a very precise artform and it can be fun. Although heraldry comes in many shapes in the mortal realm, the Fae tend to favor circular crests and coats, as the shape of the circle has great symbolic meaning in Fae culture. Click on Heraldic Code to read further.

The Seelie rule over the light half of the year from Beltane (May 1) to Samhain (Oct 31). During this time, their magic is at its height. The Seelie fae have great respect for order, honour, tradition. They tend to be more helpful to humans, and return favors in kind. As with all Fae, Oaths are a solemn and binding matter, thus they take their word and their promises very seriously. Like all Fae however, though they may be bound by the letter of the law, they do have a love for word play and bending.

The Unseelie rule over the dark half of the year from Samhain (Oct 31) to Beltane (May 1). During this time, their magic has great strength. The Unseelie fae have great respect for passion, change, mischief. They are sometimes helpful to humans, but it’s a toss up. As with all Fae, Oaths are a solemn thing and they are bound by their promises. Be cautious however, the Unseelie are a tricksy sort with a penchant for bending the rules and playing on words in order to achieve their own mysterious ends.

The New Kingdom is ruled by Queen Daynette, who resides in Meadow City (Las Vegas).

During the Old Kingdom, it was ruled by King Orion but he disappeared during the Long Winter, never to re-awaken with the Spring Thaw.

The New Kingdom is tentatively governed by the High King Finvarra & High Queen Oona of Knockmaa Hill as stewards until the next King or Queen emerges to take the throne.

In the Old Kingdom, it was ruled by King Maxwell Silverhand but he succumbed to the Long Winter and never awoke with the Spring Thaw.

In the Old Kingdom, it was ruled by King Brian Innis Kilrain but he fell victim to the ravages of Cold War between the Fir Bolgh and Fae, leaving his sister as the ranking royal.

The New Kingdom is tentatively under the stewardship of High King Finvarra & High Queen Oona of Knockmaa Hill as stewards until the next King or Queen is ready to take the throne.

The Duchy of Cascadia is the NW corner of the Kingdom of Storms. It consists of one County and three Baronies, two of which currently have no baronial leadership. 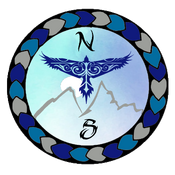 New World, located in the Duchy of Cascadia,Kingdom of Storms comprising roughly the area of the PNW Olympic peninsula and greater Tacoma/Olympia area. Encompasses the Barony of Kismet Veil and the Barony of Everbloom. It is ruled by Jarl Gunther Hammerhands.

Located in the geographical area of Vancouver, WA north to Chehalis, in the Duchy of Dragon's Rest, Kingdom of Storms.

It is ruled by Count Albin Morbid III

Located in the geographical area surrounding the greater City of Roses (Portland), in the Duchy of Dragon's Rest, Kingdom of Storms.

It is ruled by Baroness Dorian Gayle.

Located in the geographical area around Albany, OR. It is one barony directly north of the Barony of Ashes, Kingdom of Storms.

It is currently under the stewardship of Gunther Hammerhands, who is transferring his residency northward in the Kingdom. He remains its guardian until a replacement is found.

Personal Crest of the Troll, Gunther Hammerhands. He is Gentry, the Jarl of Northern Skye and Baron Emeritus of Ulfgard within the Duchy of Raven's Eye, Kingdom of Storms.

Personal Crest of the Sidhe, Fatima "Lolly" Kilrain. She is the Crown Princess of the Kingdom of Storms, and the ranking Gentry within the Kingdom. 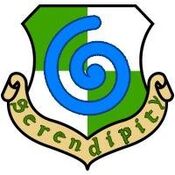 Coat of Arms of Ser Bumble. He is a Gentry of noble birth, a Knight of the Realm, and Captain of the Kingsguard to his Majesty King Finvarra.

Personal Crest of the Bakaneku, Stormi the Fairy. She is an unlanded Trouping Faerie residing in Meadow City (Las Vegas), within the Duchy of Shifting Sands, Kingdom of Pacifica.


Retrieved from "https://newfaerie.fandom.com/wiki/Heraldic_Registry?oldid=999"
Community content is available under CC-BY-SA unless otherwise noted.