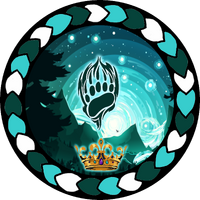 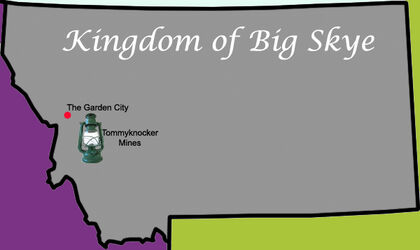 The New Kingdom is thus far unruled but houses the remnants of several magical artifacts and places. Dragonfire - a fire that does not extinguish, especially valuable to the Tommyknockers for their lanterns, has been found at Bitteroot Castle. During the Old Kingdom, these lands were ruled by Fairy Queen Rose but she seems to have never awoken from the Long Winter.

The Kingdom of Big Skye became particularly well-known for its mining activity and over time, the short, bearded little men were thought to occupy the shafts out-of-sight.  Some even said that they were the actual diggers of mining tunnels, instinctively knowing where the streaks of precious metal ran within the rock.

These frontier Fae became known as Tommynockers on account of their “knocking” on the walls of the mine. Sometimes as a warning to a trespassing human, or a signal that there was precious metal nearby. Other tales told that miners who became lost in the tunnels, would see a swinging light, like that of a lantern, leading them back to the safety of the surface.