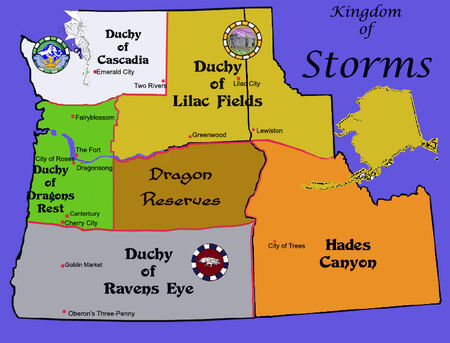 The Kingdom of Storms comprises the NW US states of Washington, Oregon, Idaho and Alaska. It is one of the most recently established (comparatively speaking) Kingdoms of New Faerie. Perhaps owing to its modernity, it was the first Kingdom in all of New Faerie to reawaken with the Great Thaw and begin to re-establish itself.

During the time of the Old Kingdom, it was ruled by King Brian Innis Kilrain, a renowned and well-respected leader, however young he may have been. Although he had a particular knack for politics, he alas was highly susceptible to the drab world of humans and faded early on in the Long Winter, never to reawaken, leaving his sister - Lolly - as the only remaining member of the royal family.

The Kingdom of Storms, once a part of the Kingdom of Pacifica, broke away after its first (to-be) King politically maneuvered to establish the PNW as a territory unique unto itself and worthy of its own monarchy. Via mutual agreement, the two coastal kingdoms split in a peaceful alliance. 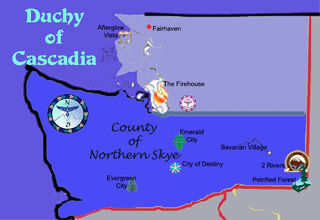 The Duchy of Cascadia is comprised of the following lands: 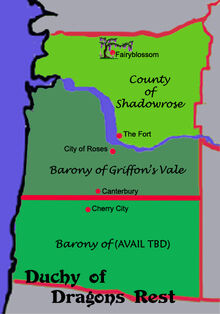 The Duchy of Dragon's Rest is comprised of the following lands: 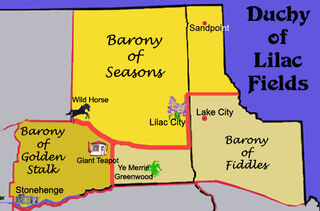 The Duchy of Lilac Fields is comprised of the following lands:

The Duchy of Raven's Eye is comprised of the following lands:

The Dragon Reserves, formerly known as the Trouping Wilds, is at the geographical heart of the Kingdom. It covers a swathe of land that is largely unpopulated by enchanted folk and is, for all effects and purposes a sort of wild land. After the signing of the Dryad's Rest Accord at Applebash Harvest Campout 2021 it has been granted to the Dragons to make their homes in.

This territory covers the southern portion of Idaho. It is largely hot and dry and barren of much folk presence. During the Old Kingdom, there was briefly a Rath (aka Fairy Fort) in the City of Trees (Boise) but those who lived did not remain long before moving on.

Order of the Crystal Circle

Order of the Sceptre