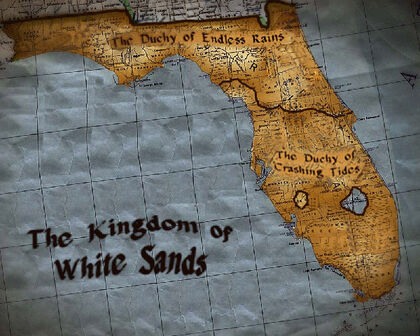 The New Kingdom: There are no known Fae that have awakened with the Spring Thaw, at this time. New World Kingdom comprising Florida. The New Kingdom is tentatively governed by the High King Finvarra & High Queen Oona of Knockmaa Hill as stewards until the next King or Queen emerges to take the throne.

Retrieved from "https://newfaerie.fandom.com/wiki/Kingdom_of_White_Sands?oldid=783"
Community content is available under CC-BY-SA unless otherwise noted.