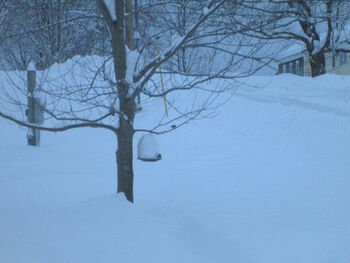 Most of the Barkscrolls of these times are long lost in the faded memories of those that once were. What one must first understand is that when the Fae speak of the turning of Seasons, they do not necessarily mean the literal, empirical world. Rather, they refer to that Enchanted Realm where time passes differently, and the wheel turns in spirit and mindset.

Thus it was with the Everlasting Summer, before the Long Winter. The wheel slowed, and then became locked in the spirit of the times, as people basked in prosperity and enlightened thinking, free love, rock-n-roll. The Folk mingled more visibly in the mundane realms than they ever had, and the true Integration was hinted at - though they did not know it quite so consciously at the time.

The world was vibrant, full of intoxicating, addicting energy. And perhaps, like an experienced drug dealer, that was what the Fir Bolgh had planned all along - for as with all things over-indulged - that energy, the urge to consume increasingly more, was a poison on both the land, and society.

As with all seasons, Long Winter had a gradual onset, perhaps beginning as early as the 1980's. Society was electrified with big-hair music, the epic deeds of wild bands, global Hollywood stardom as never known before, dog-eat-dog business deals and the capitalist grab-n-gorge for more of the pie than everyone else. It was glamour and flash, money, fast cars and hot chicks all fueled by a snowy field of drugs and alcohol. The high life was crazy and fun and carefree, until it wasn't.

For Summer, even as a zeitgeist, cannot be everlasting. The more the addicts attempted to indefinitely ride their wave, the weaker they became. An ingenious plan really, for there were the Fir Bolgh to usher in Long Winter, at an emotional and spiritual low-point of the world.

While the world was awash in its own extravagance, waste and overindulgence in everything from food to consumerism to pop-art, it was all the while infiltrated with a subtle, creeping rot that gnawed from the inside. Fair Folk, especially those living in urbanity, and people alike had more than ever in the entire history of the world - yet they were hollow, empty, groping together. And the Fir Bolgh added just a little grease to the wheel, creating appeal in violent, bigoted lifestyles and the valorization of corporate gain at the expense of public poverty.

The infection spread. Lavishness turned to recklessness. Pollution and industrial disaster; Chernobyl and Exxon Valdez. What had been a sustained societal high, began to come crashing down. Mental exhaustion and depression, eating disorders and body dysmorphia. From pop to sub-pop. Outrageous glam became the grunge and minimalist fashions of burnt out creatives. Wars and terrorist attacks. The new mind-numbing entertainment of the world-wide-internet. 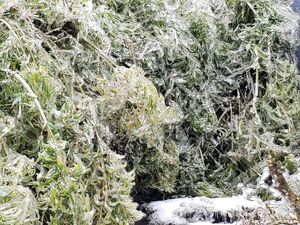 Sapped and soul-weary soul, the collective largely plugged in and zoned out.

And the Season slipped into the Long Winter like a wagon wheel entrenched in snow.

The Millennium churned burnt out ravers and unoriginal music. Wrung out, prosaic art and mediocre film and television began to fill the airwaves. Old consumerism was transitioned by the Fir Bolgh into a gluttony of stale, spoon-fed media distractions delivered right to everyone's screens. It was a brilliant effort to ensure that the past remain a distant memory and that current events had shallow roots, forgotten with each new fad.

The creative efflorescence of the world wilted, and withered away, asleep forever.

Even the concrete though, cannot stop a dandelion and the longest of ice-ages will eventually thaw with the spring and life will find a way...