Background: Once Upon a Time...

Titles: Keeper of the Vault of Fe 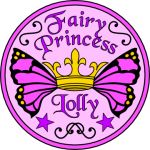