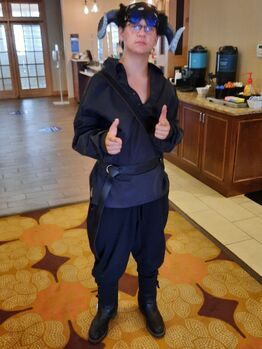 Talon of the Fingerguns is the youngling Troll of Baroness Dorian Gayle and brother to the young Squire Lour. He made himself established at Court during Fairyblossom Midsummer 2021 in a "salesman competition" with Trollie the Traveling Trades Troll, where, by hook or by crook the "fingerguns" became something of a trademark and so he was thus called by High Queen Oona

Talon of the Fingerguns is not in the Heraldic Registry