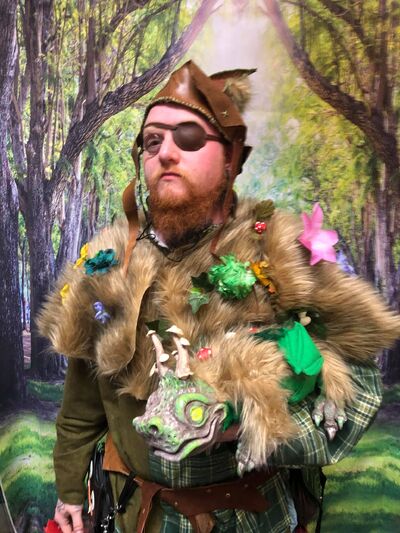 Type: Half Leprechaun, Half Goblin

Whimsy was a knight for Merlin appointed by King Arthur to help keep nature and animals safe from any wrong intent that could possibly be helped. He earned the title of Sir whilst in the realm of King Arthur. His best friend who was a dragon was exiled from the Fae realm for whatever reason and since he knew they would not make it in the human realm alone he asked for permission to go with to protect them. His request was granted and he has been in the human realm ever since. Luckily the Fae and Merlin let me visit Home on a regular basis.

Whimsy is not yet in the Heraldic Registry

Titles: Knight of the Court of King Arthur, Prospect of the Order of the Sceptre